In 2001, four young mothers had a problem, this problem was to access affordable childcare locally. This meant that they needed a solution to fix the problem, the idea was to provide childcare in the local community. It became clear that the only way to achieve this idea was to do it themselves. This is where the journey begins.

In 2003, one year after the organisation was formally constituted as a company, charitable status was awarded by the Charity Commission and Resolven Building Blocks (RBB) was born. The idea of RBB was to provide local affordable childcare in the community. The young people who wanted to make a difference were Hayley Pritchard, Nicola Gnojek, Janet Allen and Ceri Pritchard.

They consulted with the community to find out if people in the community felt the same about having childcare in the village and the answer was a resounding ‘yes’!. They then embarked on a whirlwind journey that would lead to the development of Resolven Integrated Children’s Centre.

It became clear that tackling the agenda of childcare was complicated and in 2004 Neath Port Talbot County Borough Council were able to get involved to help Resolven Building Blocks achieve the goal of providing childcare in the village. Resolven Steering group for the Integrated Children’s Centre was created and the focus of this group was to develop and move the Integrated Children’s Centre forward. The group consisted of key partners such as Neath Port Talbot CBC, Ynysfach Primary School, Councillor Des Davies, Glynneath Training Centre, Play Team and Clun Primary School all working together to achieve the ultimate goal of childcare in the community.

A model of the building was made by the children of Ynysfach and Clun Primary schools which was done by using the ‘Planning for Real tool kit’. Consultations were then held in the church hall in Resolven and Clun Primary School to show the public the models which the children had made and for the community members to say what services they would like to see at the Centre.

In 2005, Neath Port Talbot County Borough Council secured funding from Objective 1 and New Opportunities Fund, a total of 1.7 million. This money covered the cost of building a purpose built Integrated Children’s Centre, providing staffing and setting up the facility. In January 2006, the building work commenced.

In July 2006, the first Project Manager was employed along with a team of staff and while the building was still under construction we were based in Ynysfach Primary School. Our role in the early days was to concentrate on making plans for the building while we were waiting for it to be completed.

The building was opened in April 2007 with the official launch in Summer 2007. 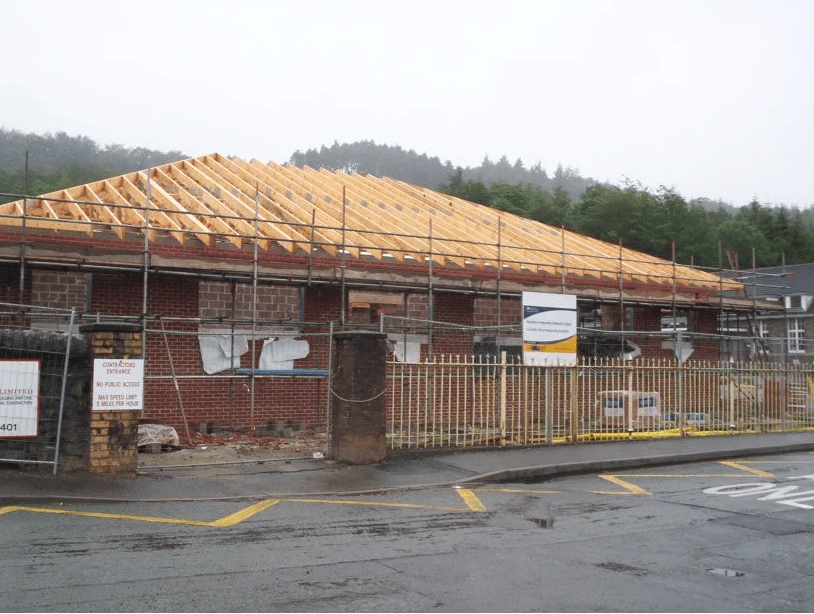